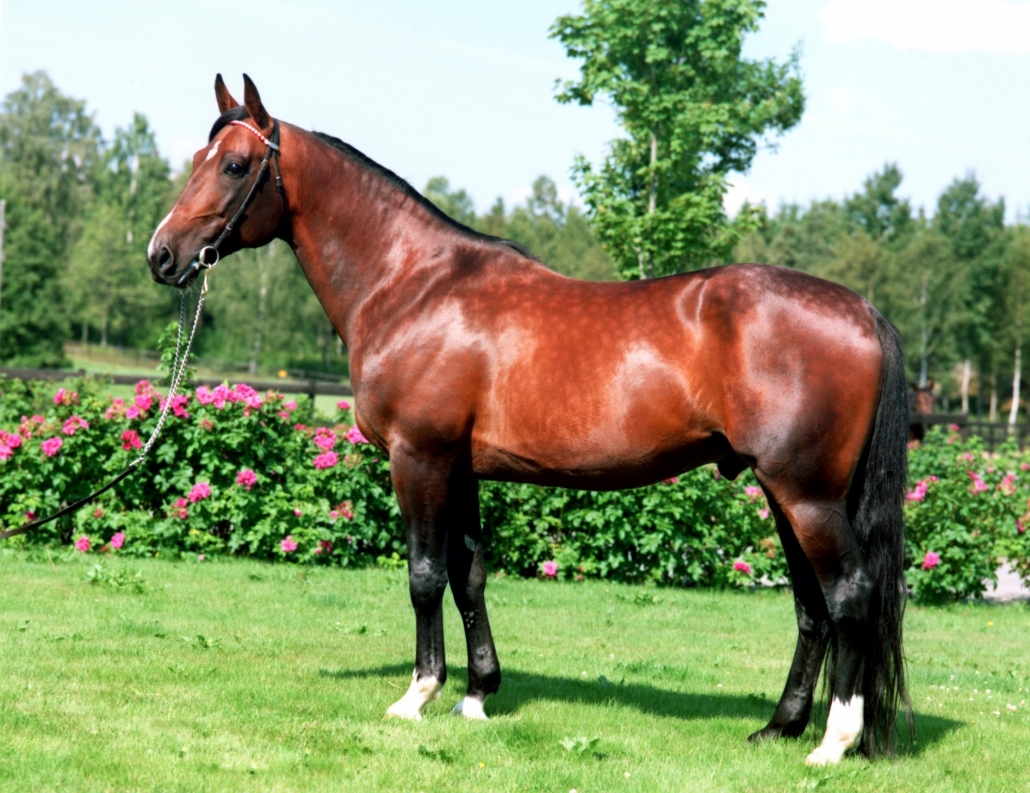 He was the unlikeliest of Hambletonian heros. His breeder felt forced to buy his dam despite not wanting her – and on top of that felt cheated by the seller when he first saw her. His trainer was cheering for another horse. His driver felt so sure he wouldn’t win that he didn’t even bother to invite his family. But in the 1992 Hambletonian final, Mickey McNichol and Alf Palema found the tiniest of openings to sprint to victory.

The story of Alf Palema started almost four years earlier when Karl-Erik Bender, looking to expand his trotting ventures, searched the US market for a broodmare. He found Gin Flip, a well-bred daughter of Speedy Crown for sale, that met all of his criteria but the seller insisted on a 2-for-1 deal as Bender also had to buy Highland Bridget, in foal to Speedy Somolli, in the deal. The broodmares were sold by George Alexander’s estate. Mr Alexander, owner of the Chestnut Farm in Illinois, had been a director of the Hambletonian Society for 20 years until he passed away in 1988. In a cruel twist of fate, one of the last matings he selected, breeding Highland Bridget to Speedy Somolli, would produce the best horse – and his only Hambletonian winner – as a breeder.

Highland Bridget was a solid mare that earned $313 427 and was 19-14-8 in 103 starts but as Bender has admitted later, he wasn’t interested in her at all. But since Gin Flip interested him a lot he was willing to include Highland Bridget in the transaction – but had he known all the facts the deal may not have gone through at all. According to Bender, his only requirement was that the broodmares be at least 158 cms (15’2 hands). Not being able to inspect the broodmares before completing the deal, Bender received guarantees from the seller that both broodmares met the requirement. When he finally had a chance to inspect her, however, it became clear that Highland Bridget measured 154 cms (less than 15’1 hands) and Bender was, to put it mildly, not a happy man.

The resulting foal was named Alf Palema. Bender first became an owner when he bought the yearling filly Palema Fibber in 1960 and he has used «Palema» as his horses’ name ever since. The first names have invariably been first names or nicknames from his family, friends or even employees at his roofing company. The name «Alf» comes from one of the top salesmen in Bender’s roofing company at the time.

As a 2-year-old Alf Palema enjoyed some success in the New Jersey Sire Stakes but against the best in Peter Houghton he finished 5th in both the elimination and final, quite a bit behind winner BJ’s Mac. As a 3-year-old there was initially very little to suggest he had closed the gap to the best. Failure in the Dexter and Beacon elims, as well as the Founders Gold Cup meant Alf didn’t even look like a Hambletonian horse at all. Eriksson was tipped for Hambletonian glory – but that was because stablemate King Conch was the pre-race favorite. In fact, after the Hambo it was revealed by trainer Per Eriksson that the decision to enter Alf Palema had been made by Karl-Erik Bender, who just wanted to see him race in the biggest race of all.

After the Hambletonian win, Alf Palema lost his next race, the MacFarlane Memorial at Hazel Park, before taking home the Zweig and then the World Trotting Derby after a raceoff against Imperfection and Sierra Kosmos. A third place finish in the Colonial would be his last start as a quarter crack forced him to be scratched from the Kentucky Futurity. He retired with 7 wins in 25 starts, a lifetime mark of 1:54.3 / 1:11.2 and career earnings of $1 106 842.

He would then enter stud in Sweden where he enjoyed a full book for 10 years. He produced two superstars in Elitlopp winners Gidde Palema and Torvald Palema but many other classical winners and millionaires and was a 5 time champion stallion in Sweden. He was particularly successful with French or Franco-American broodmares. In 2000 he was awarded the coveted Elite Stallion status in Sweden. In March 2009, however, a tumour was found in one of his testicles which had to be removed. It effectively meant the end of Alf’s stallion career as only a handful of foals were born after that. In April 2013 the 1992 Hambletonian winner passed away peacefully at Bender’s farm in Sweden. Alf Palema’s surprise Hambletonian win catapulted him to the top of his crop but as a stallion he was even more dominant, his foals earnings are getting close to 500 million SEK – more than 60 million USD. Not bad for a foal out of a broodmare that his owner did not even want to buy.

(The beautiful photo is by Claes Kärrstrand)