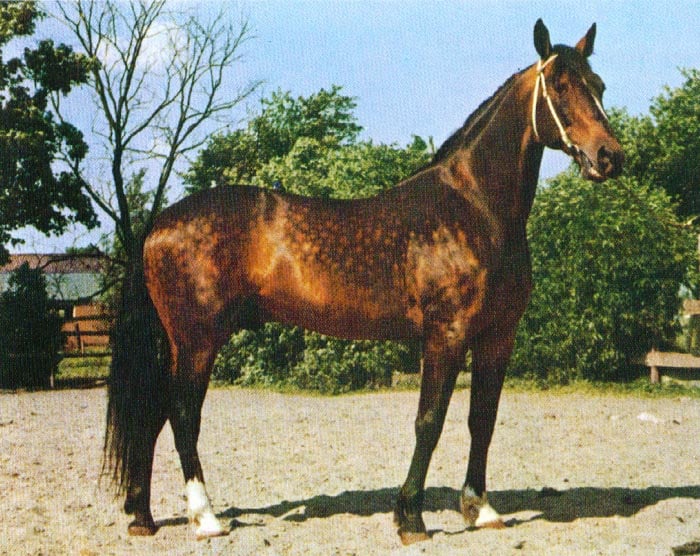 Mr Way had everything – the looks, the pedigree, the expectations etc (and certainly dapples!) – except for the most important thing for a trotter: solid trotting abilities. (That may be mean of me: he might have been very talented but at least he didn’t show it on the track.) He earned slightly more than $7000 but couldn’t compete with the best in the 1960 crop in the US (led by Speedy Scot, Florlis, Elma, Cheer Honey etc).

As a full brother to Speedster and Speedy Rodney he was, however, in demand in Europe (as broodmare owners back then still believed in using the untalented/unaccomplished brothers of top trotters). He was imported to the Netherlands for stud duty at the end of his 3-year-old season. Mr Way started great, delivering winner of the 1968 Dutch Derby Gallant Way (born 1965) in his first crop and this even caused some German breeders to send their broodmares across the border. The German trotter Insulaner (born 1970) turned out to be a good trotter – and his best get – but as Mr Way failed to reproduce such good trotters in subsequent crops he fell out of favour in the 70s.

Picture from the NDR archive.