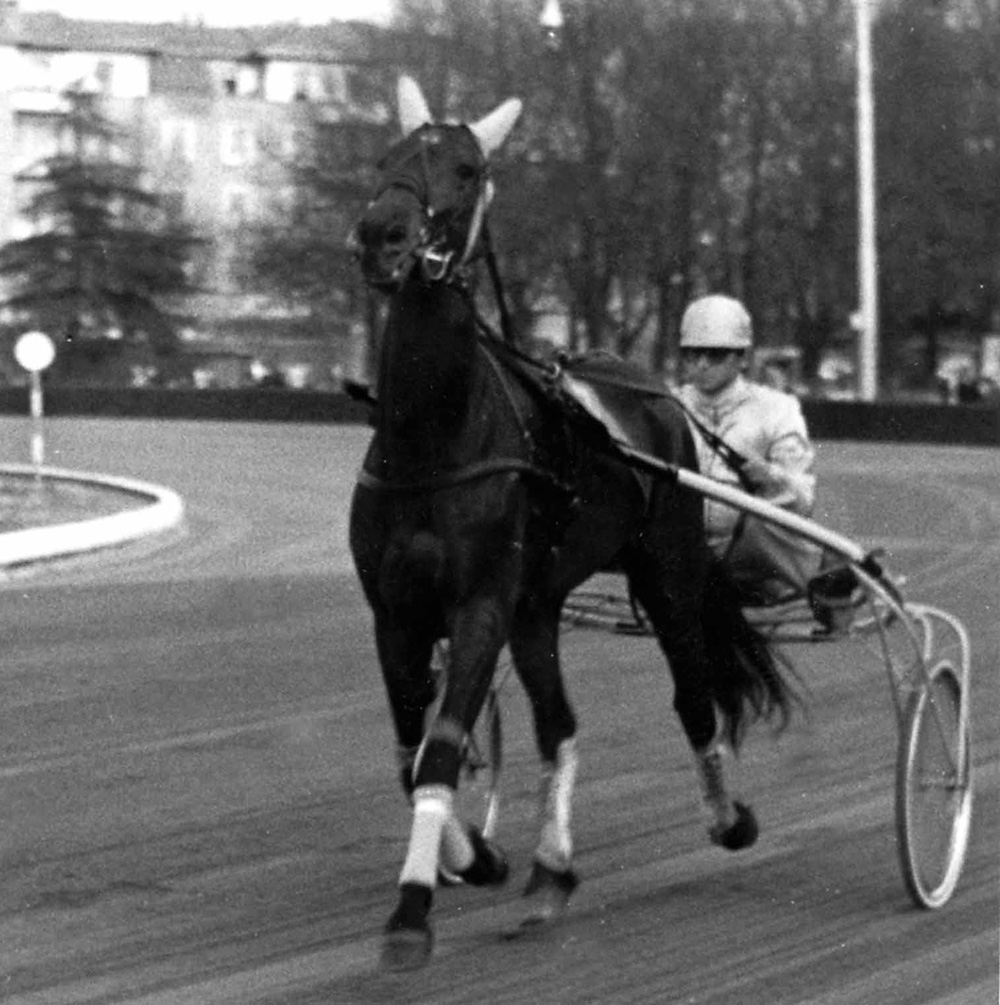 A very good racehorse at 3 when he won the Italian Triple Crown, the Gran Premio Nazionale, Italian Derby and Gran Premio Orsi Mangelli (his biggest rival was probably Patroclo, interestingly enough another son of Quick Song). For some reason many think he failed at the aged level but that’s not the case. He had a big problem and that was Top Hanover, who was just phenomenal at that time but he was still second in Campionato Europeo and third in Lotteria in 1974 but Sharif was still a very good trotter even past 3 years.

However good he was on the track, as a stallion he totally dominated Italian trotting and was champion stallion for 15 years running. When he passed away he passed the baton to his son Lemon Dra who was champion stallion for a further 11 years until 2007 – and then he repeated it again in 2009. What made that somewhat unique was that Lemon Dra was kidnapped in 2006 and because of poor fertility had served a limited number of mares for a few years prior to that. In fact, Lemon Dra was still in the top-10 of Italian stallions in 2012 – six years after his kidnapping…

Sharif sired numerous stars, the best known are probably Esotico Prad (starter March of Dimes), Indro Park (best known for defeating Mack Lobell), and Zebu, the damsire of Varenne. If not on the paternal side then he is found in the maternal pedigrees of numerous stars. For one, his son And Arifant is damsire of Love You. International Trot winner Twister Bi is 4×3 on Sharif (since Lemon Dra is his damsire).

The Italian champion stallion was a true outcross: he was sired by Quick Song, a fast US-import who was second to Blaze Hanover in the 1960 Hambletonian for Frank Erwin. On the other hand his dam, Odile de Sassy (presumably bred at Haras de Sassy, the stud farm where Timoko now stands stud), was wholly French. She was 2×2 inbred to French champion stallion Kairos (so Kairos was the sire to Odile’s sire and dam). This pedigree combination presumably yielded quite the heterosis effect.

1: in Italy primarily through Lemon Dra and his son Mago d’Amore (sire of Urlo dei Venti)

2: in France through And Arifant and numerous sons, particularly Goetmals Wood and sons (tough cookies but often not kids’ horses). JP Dubois loves Goetmals Wood daughters for broodmares: «the worse their temper, the better they are»

ps! Some people write his name as «Sharif di Jesolo.» There is incorrect, plain and simple 🙂