The Onion – «the extremely talented psychopath» 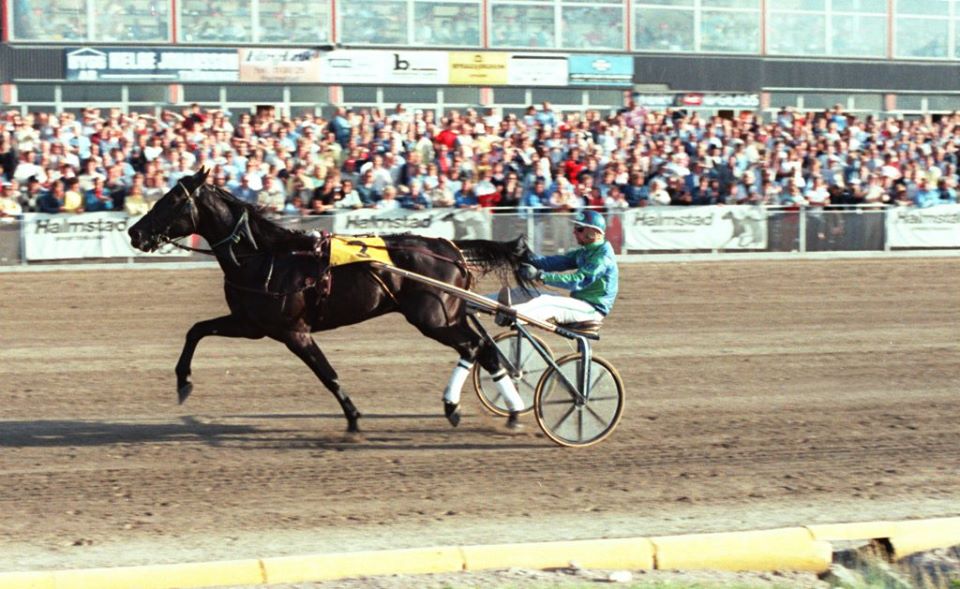 The Swedish champion trainer Stig-H Johansson has trained numerous champions and won pretty much every European race of importance, many more than once. In the early 80s his abilities were really put to the test, however, by The Onion. The fast but erratic trotter may just be the most challenging case Johansson ever dealt with. He would later describe his superstar as an «extremely talented psychopath.»

Initially trained by Jan «Purjo» Andersson, The Onion showed early glimpses of pure brilliance but his antics drove his trainer crazy and Andersson more or less threw in the towel toward the end of the horse’s three-year season. Winning his first two races, including the Scandinavian Grand Prix at Jarlsberg (Norway), nobody doubted the trotting abilities. But a trotter is more than just the ability to trot. In his book «Mitt Spår» Stig-H said that The Onion was like a madman and was almost impossible to train. Humorous comments from outsiders that you were lucky if you could get him to run in the right direction were, in this case, unfortunately spot in. The Onion was hotheaded and would go all out for as long as he could, he could not be rated or driven slowly. In the paddock he could behave like a kid with ADHD who had overdosed on Red Bull. «I had never seen anything like it» he wrote in his book. Stig-H assigned his second trainer Reijo Liljendahl to the role as psychiatrist, a stroke of genius that probably both saved The Onion’s career and allowed him to flourish into a European superstar.

Winless in his first six starts for Stig H (three starts in 1982, three the next year), he took his first win for his new trainer at Eskilstuna in February 1983. But spectators who thought the bad boy was reformed had to think again as he could only muster a fourth, then a sixth place finish in his next two starts. Johansson, Liljendahl and his wife Lena still couldn’t figure out how to channel his obvious talent into on-track success. «Without their meticulous care, The Onion would probably have ended up a psychological wreck» the trainer would later write about one of the best trotters he ever had.

The juvenile delinquent was slowly led onto the right path by the Finnish-born Liljendahl, but consistency took a little time to achieve. By the time Sprintermästaren («the sprinter champion») rolled around in mid-July he was 2-1-0 in his last five starts and was obviously on an upward curve. Going into the elimination he was the big favorite. Even though he finished fifth in his last start, the start before that had produced a massively impressive 1:59 win where, for the first time, it had all seemed to come together.

He didn’t surprise anybody by winning his elimination heat – but his winning time, a new European record (1:13.3/1:58) caused some surprise. Was he really that good? But if he surprised some with that performance, he blew everybody away in the final. Leaving the gate like a catapult he kept a very high tempo throughout. Even though Solo Hagen tried to challenge him, The Onion easily sped away down the final stretch, winning in 1:12 / 1:55.4f, a new world record for 4-year-old-trotters on 5/8 track. To make it even more impressive, it also shattered the record for aged trotters, jointly held by Lindy’s Crown and Dartster F with 1:12.8/ 1:57.1f. But bizarrely enough, the USTA refused to recognize the world record as it had not been set in North America!

Johansson would later confess to that being the only time where he was genuinely concerned that something was wrong, that the horse had somehow been doped. He knew the horse was good, very good even – but even he was surprised to learn he was that great.

Later that year Johansson took his star abroad and he won both Gran Premio Ivone Grassetto in Italy and the Grote Prijs der Giganten in the Netherlands. It would be the first of many international triumphs for the pair. The next year they won both Elitloppet and the Lotteria in addition to Åby Stora Pris, Årjängs Stora Sprinterlopp, Hugo Åbergs Memorial and Jubileumspokalen. A quick visit to the US produced a second place in the International Trot behind Lutin d’Isigny. At 6, he won the Gran Premio Costa Azzurra, then his elimination to the Lotteria before lost to Evita Broline and Berndt Lindstedt in the final. He failed to star in the Elitlopp and had a more mixed season with wins only in smaller races. An injury forced him to retired at the end of the 1985 season. He retired with 35 wins in 69 starts