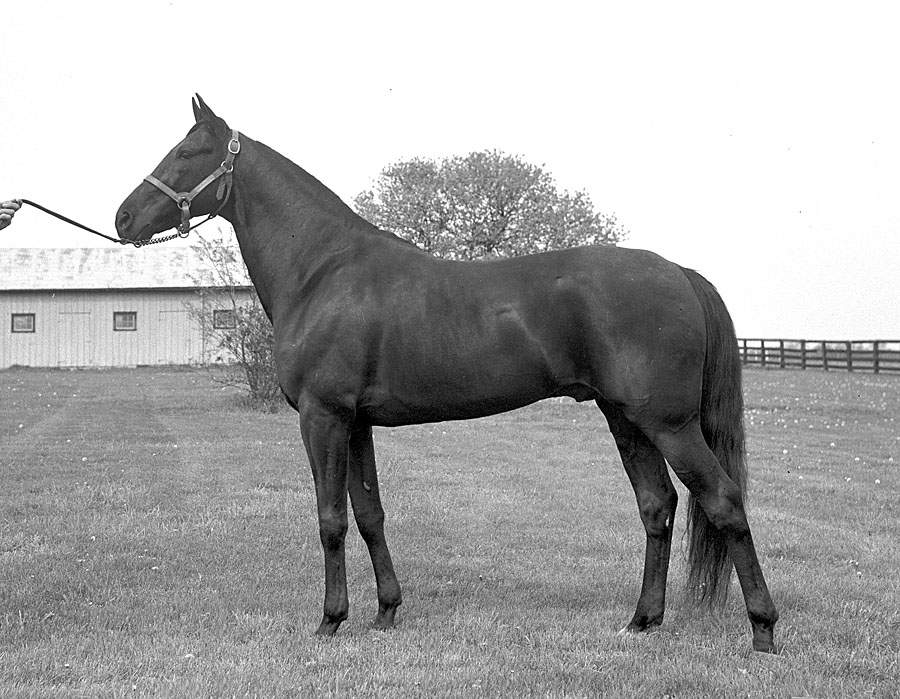 It’s a good thing horses don’t know what humans expect of them, otherwise chances are high that Victory Song would have crumbled under pressure. Not only was there the near-impossible task of having to having to fill the shoes of his brother (Volo Song) but there was also the then-hefty yearling auction fee of $37 000 – an auction record which shattered the previous yearling record (from 1943) when EJ Baker shelled out $15000 for Algiers. The auction turned out to be a battle between EJ Baker, owner of Greyhound and Volo Song, and the 29-year-old Frances Dodge Johnson (later van Lennep). Eventually the latter’s virtually unlimited riches prevailed and Victory Song was put in the training of Sep Palin. Despite the price tag, the Walnut Hall-bred Victory Song proved an excellent buy.

Since Victory Song was slightly buck-kneed and Palin didn’t want to push things. Victory Song only started once at two and Palin instead put him through quite rigorous training. His only start at two was a rather mediocre performance at Greenville, Ohio on August 23, 1945 when he finished third to Protem and Earl Spencer.

The following spring, Sep Palin shipped the high-priced 3-year-old at Santa Anita in California. Out west he started to show signs of being the Hambletonian contender his price tag would suggest. His first race there, where he finished out of the money, was over the somewhat odd distance of 6 furlongs (3/4 mile) but he soon got into the groove. A few days later he won his next race easily (this time over a 1 mile distance). Although the winning time of 2:10 didn’t scare anybody, it was noted that Victory Song won with «ridiculous ease.» After another couple of wins on the east coast, Joe Neville of Delaware, a sponsor of the Little Brown Jug, offered Frances Dodge Johnson $50000, but the offer was declined on the spot.

In Marion, Ohio on June 26, judges decided to rule Victory Song out of the betting since he was deemed too superior. However, the race turned out to be more exciting as Victory Song, after taking the first heat, broke twice and only finished fifth in the second heat. He came through, though, and won the third heat.

Even though Chestertown beat him in the National Stake at Old Orchard Beach a week prior to the Hambletonian, the Palin student trotted the fastest mile by a three-year-old when winning the first heat in 2:03. In the second heat Victory Song lost by a nose, while in the third heat he wasn’t close to the leaders. Two things stood out; the Hambletonian was wide open, and there was an obvious question mark over Victory Song’s toughness and competitive spirit. Some seemingly unmotivated breaks didn’t help things either. Later, as a sire, there would always be some question marks surrounding the mental aspects as many of his get had a reputation for exhibiting a bit of fruity or nutty behavior.

After taking the first Hambletonian heat, he broke and finished ninth in the second heat won by Chestertown. In the third heat Chestertown and Victory Song were even with a quarter to go. While Chestertown was game and gutsy, Victory Song faded and lost by a length. Though the trotter’s questionable mental abilities seemed a factor to most, Sep Palin instead put the blame on then-young driver Del Miller for Victory Song’s loss. Miller’s horse Don Scott had hit Victory Song’s wheel in him the second heat (causing him to break stride) but Palin also felt that Miller was helping Tom Berry’s Chestertown. The not always politically correct Miller responded by simply calling Palin a cry-baby.

Winning the 3-year-old trot two weeks later in Milwaukee was a minor consolation. Another week later he lowered the season record for 3-year-old trotters to 2:00 3/4 at the DuQuoin State Fair. After winning the Horseman Futurity, Victory Song finally got his chance for revenge over Chestertown in the Kentucky Futurity at the end of September. Winning both heats, the son of Volomite and Evensong avenged the Hambletonian disppointment while Chestertown and Walter Spencer could only share second money, Victory Song winning the heats in 2:01 1/2 and 2:00 1/2. The following week he time trialled in 1:59 1/4, a very impressive feat for a three-year-old back then. Even though he didn’t win the Hambletonian, and thus wasn’t the winningest three-year-old trotter that year, he was widely considered the best three-year-old in 1946 after winning 19 races in 27 starts.

On Aug 13, 1947, Victory Song lowered the world colt record for a competitive race (non-time trial) to 1:57.3 when winning the second heat of the Nancy Hanks Trot in Springfield, IL – incidentally wiping out the world record of his brother Volo Song from 1944 (but 1947 was the first year harness racing was timed by fifths of a second instead of quarters – Volo Song’s 1:57 3/4 may very well be identical to Victory Song’s 1:57 3/5 with the same timing method – and that’s discounting that virtually all independent observers clocked Volo Song at 1:57 flat or a quarter). Victory Song set another record in the first heat of the Transylvania Stake, over the distance of 5/8 mile (i.e. 1 kilometer) with a clocking of 1:14.2 (a mile-equivalent of 1:59.2), while the second heat was a mile long race won in 2:02.1. At the end of 1947 Victory Song was voted the first Harness Horse of the Year, narrowly beating Hoot Mon by 165 to 160 points.

1948 proved a disappointing year for Victory Song. He was unsound quite a bit of the time and was scratched in several races. When he did appear, Rodney had his number every single time. That didn’t mean Victory Song didn’t make him work for it, though, he pushed Rodney to a new three-heat record of 5:57 2/5 in the Maud S Trot (when Victory Song took the second heat and Rodney the other two). For some odd reason, Victory Song was still 10th in the vote for Harness Horse of the Year with 51 points (Rodney, undefeated all year and only losing one heat (to Victory Song) won the vote with 398 points). One can only wonder what things would be like if he was sound. Sep Palin later claimed that «Victory Song would easily have beaten Greyhound’s record if he could have been trained, but that was impossible because of his front legs.» Such statements need to be taken with a pinch of salt, but Palin trained Greyhound and was in a better position than most to judge. That said, absolutely nobody ever contended that Victory Song was as good as his older brother Volo Song.

Victory Song retired to stud at Castleton Farm at the end of 1948 with career earnings of $73 859. Many today speak of him as a great stallion but it is a much more accurate and fair assessment that he was a relatively good – but nothing more – stallion. To put it in perspective, he failed to sire any Hambletonian or Kentucky Futurity winners (Noble Victory’s failure didn’t help). Ultimately his biggest impact was probably as a damsire; Speedy Scot, Savoir, Timothy T, Songcan and Songflori, Speedy Count and Brisco Hanover – to name a few – are all out of a Victory Song daughter. 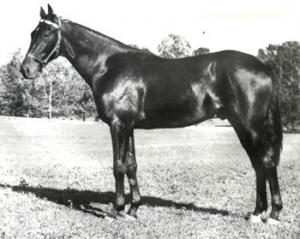 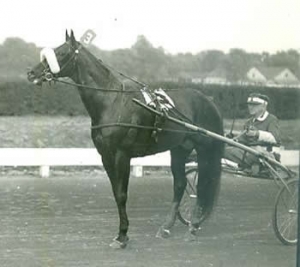 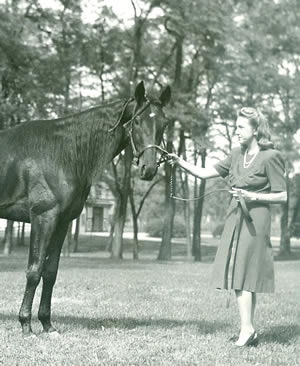