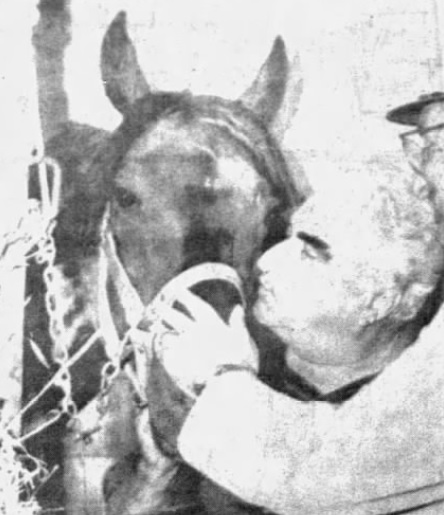 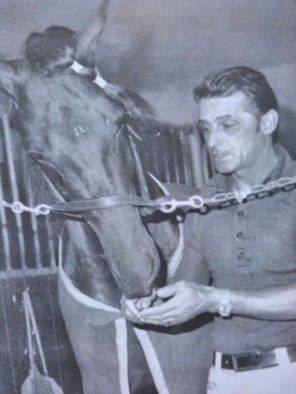 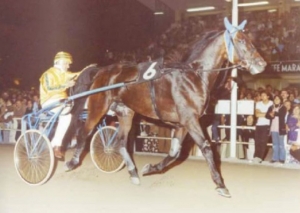 Wayne Eden first came to prominence when he won the Realization Trot (for 4-year-olds) at Roosevelt Raceway in June 1974. A 17-1 long shot, George Sholty steered him to a surprise win in the strong field which included Colonial Charm, South Bend and MacArthur. Only Flirth, scratched because of a sore foot, was missing. The Speedy Rodney son took the lead and turned away all challengers to beat a fairly strong field to notch his 5 win in 26 starts. The win was worth $70781 and roughly tripled the trotter’s lifetime earnings.

A talented but inconsistent trotter, Sholty commented after the race that «this horse has a problem keeping on gait. When we got to the front and he was trotting good I never tried to rate him. I just let him go.» The win earned Wayne Eden an invite to the American Trotting Championship which was won by Savoir.

Foaled, bred and raced for the Pine Hollow Stud Farm at Pine Bush, NY, he was sold to a New York based group in the fall of 1974. Inspired by US success in France the previous years, his new owners took him to France in January 1974 for the Prix d’Amerique. Driven by Buddy Gilmour, Wayne Eden had no chance and ended far behind as Maurice Macheret and Bellino II, one of France’s most successful trotters of all times, won ahead of Axius. But Piero Giudici, owner of the Italian Mira Seconda stables, knew full well that not all good horses are comfortable with the Vincennes track – and in those days the uphill was steeper and it was much more demanding.

He made an inquiry for the trotter but the asking price was too high. After a while the price was more reasonable and Gasparetto was quick to urge Giudici to buy. The price seemed high for a trotter that had been very inconsistent and had few top shelf results but Gasparetto knew full well what he was doing. He had in fact been following Wayne Eden – and a few other US trotters – for more than a year, and he was of the belief that a few equipment changes would help the talented colt unleash his potential. They changing his shoeing and custom made a sulky especially for their new import. It should therefore come as no surprise that the Speedy Rodney son wasted no time in establishing himself as one of the top trotters in “Lo stivale” (the boot) country.

Driven by Anselmo Fontanesi, Wayne Eden won several big races in 1975 including the Gran Premio Mario Locatelli at the San Siro track. Wayne Eden was a great trotter but perhaps his greatest claim to fame, however, stems from what happened after a race at Montecatini in August that year. On Aug 15 1975, Wayne Eden won the Gran Premio Citta di Montecatini at the Sesana racetrack in Montecatini in record time, wiping out Agaunar’s race record. (Oddly enough, Agaunar ended up at Pine Hollow as a broodmare around this time.) The 5-year-old trotter was taken from the stables on the racetrack the following night. A small ventilation window was found open, the stall door was unlocked and the horse was gone. It was the first horse kidnapping in Italy (in the 70s human kidnappings were very common, averaging roughly one per week) but it shouldn’t have been a surprised as it was later revealed that somebody had tried to kidnap Wayne Eden earlier that year from another Italian track (the exact details of which were never released). The kidnapping of Wayne Eden was just a few weeks after the thoroughbred mare Saint Elizabeth, valued at $200 000, was kidnapped for two weeks in Kentucky.

Despite searching with dog and helicopters, the cops found nothing. An investigation concluded it was possible for a small man to get through the ventilation window (oddly enough, Italian police seemingly refused to entertain the idea that a woman could have done this). A woman who lived nearby heard the clatter of hooves around 4am and there was hay going from the stables across a ditch into a parking lot but an early morning thunderstorm had washed away all further trace of the horse.

Three weeks later the horse was found tied to an olive tree near Montescudaio (not too far from Pisa). Vincenzo Gasparetto got a phone call late on Sunday September 7 that the horse could be found tied to an olive tree outside a cemetery in the tiny town of Montescudaio in the Pisa province in Tuscany (a bit south of Montecatini). When he arrived he found horse was limping slightly, probably caused by losing a show the night he was taken, but in otherwise good condition. According to one source this happened after a ransom of 12 million lira had been paid. Most other sources quote owner Giudici that he never paid a single cent and that the horse must have been released because the kidnappers got cold feet. Of course, using a politician’s tongue, Giudici flat out refused to pay a ransom but at the same time he told reporters he would be happy to pay a «reward» for the horse’s safe return. It is quite likely he therefore only paid a «reward» (at least in his own mind) and not a «ransom.»

The rope used to tie Wayne Eden to the tree had strange and very distinctive knots. Knots that were quite unique to Sardinia and Sardinian shepherds. A photograph sent by the kidnappers was later analyzed and seemed to have been taken near a sheep pen on a hill between Guardistallo and Riparbella, not far from where he was recovered. But despite strong suspicions, police did not get anywhere.

Three months after being returned, Wayne Eden made a comeback on the track and continued his winning ways. He was Horse of the Year in Italy in 1976 and had many memorable battles with Timothy T, Delfo and The Last Hurray. In August 1976 he returned to Montecatini where he again won the Gran Premio Citta di Montecatini and in the words of Fontanesi, never had he «seen so many people with tears in his eyes watch a horse race.» In 1977 Wayne also won the Lotteria, the richest and most prestigious race in Italy, leading comfortably from start to finish.

Wayne Eden died in 1999, having been in the care of Fontanesi toward the end of his life. Though he had a few decent foals in his first crops he quickly fell out of favor with broodmare owners and «only» sired 203 foals in total.