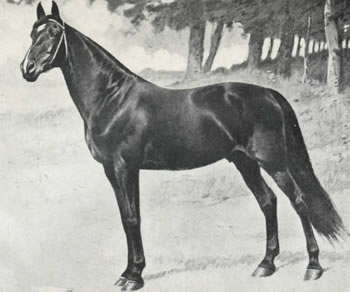 He was undefeated in his racing career but is generally unknown. But in his day, Axtell was a formidable racehorse.

The smallish (only 15.3 hands) colt was bred by CW Williams of Independence, Iowa. Williams was the person who had built the unique and very fast kite-shaped track in Independence. Williams owned the mare Lou, by Mambrino Boy, and bred her to the three-year-old stallion William L in 1885 (the performances of Axtell meant that Lou could later be registered as a standardbred mare according to the studbook rules). William L was an unspectacular trotter but he was the full brother to Guy Wilkes and got some interest from broodmare owners as a result.

Williams trained Axtell himself and at 2, he was not only undefeated, he also lowered the two-year-old stallion world record to 2:23 which he trotted in Lexington (the 2:21 world record was initially held by the Californian Wildflower in 1881 but lowered by Leland Stanford’s Sunol to 2:20 1/2 and lawho would lower it to 2:18 later that year). When Axtell trotted 2:23, it was desribed as «late in the afternoon on a raw, unfavorable day and over a track by no means in condition for speed.» Several reports pointed out that with favorable conditions Axtell could be expected to trot in 2:20 at 2.

Axtell followed up as a three-year-old, again winning every start and again lowering the world’s stallion record, this time to 2:12 which he set in a time trial in Terra Haute. Axtell and Sunol lowered the world record for three-year-olds a whopping six times, reducing the record from 2:18 to 2:12. At the end of that year Williams sold Axtell for a record-breaking $105,000 to a syndicate, the highest price ever paid for a horse of any kind at that time. In December it was announced that Axtell already had a full book of 90 mares for the upcoming breeding season – despite being priced at a hefty $1000 stud fee.

At four he broke down and was retired to stud permanently. He failed to reproduce his great speed at stud and lost popularity as a sire. In November 1900 he was sold at the Old Glory auction for $14,700. In his next season at stud he would, however, produce the one horse that ensured his permanent place in breeding history, namely the foundation sire Axworthy. 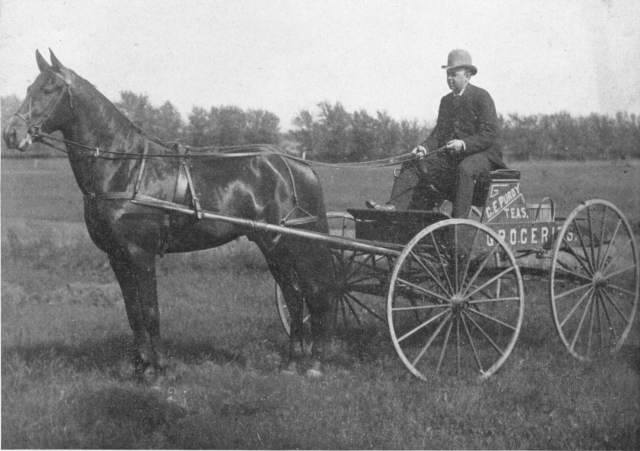