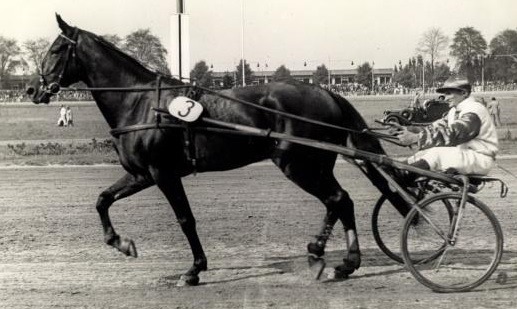 Johannes Frömming was cautious to avoid naming his favorite, or «best-ever» horse. But the few times he touched on the subject, there was one name he always mentioned. The horse is Iltis, the unknown superstar who won the Matadoren-Rennen in 1943. Iltis had everything, except good timing and luck in life. Born in 1939, he lived his short life in Nazi Germany and that is probably why virtually nobody knows about him. He was 3-1-0 in 4 starts at 2, all in Berlin, before establishing himself as a star at 3. He won his first 8 races at three, including the Adbell Toddington, the Großer Deutscher Traber-Preis and the Großer Jubiläums-Preis but missed out on the Derby because of injury. There is no question he would have taken home the German Derby had he been fit. The Derby winner Missouri, though a good trotter, lost to Iltis every other time they met that year.

Iltis clearly was one of the biggest talents Germany ever had, but how good was he? His won the Großer Jubiläums-Preis on Aug 17 in 1:22.9km/2:13.2mr over a distance of 2820 meters (roughly 1 3/4 mile). It may not seem fast, but European tracks were noticably slower than US tracks back then and for a three-year-old in Europe it was very fast. Speculation was mounting: how good was Iltis, really? Frömming decided to find out and on August 31, 1942, Iltis time trialled at Ruhleben in Berlin. Shortly more than 2 minutes later, European trotting public was shocked as Iltis completed the TT in 2:04.3 (!). It shattered Probst’ European record for three-year-old, at the time a already impressive 1:19.5km/2:08mr. To put Iltis’ time in perspective, The Ambassador won the 1942 Hambletonian two weeks prior after winning two heats in 2:06 and 2:04.

Iltis won another race in 1942 before taking an extended break and only started in 6 races in 1943. He finished second in the race after the break but then found his groove and won the remaining 5 races that year, including the Matadoren-Rennen which was easily won in 2 straight heats. He was even better than year before when he had time trialled in 2:04.3, but he world would unfortunately never know how fast he could trot.

In 1944 Frömming took Iltis to Vienna for his seasonal debut. However, he lost the Preis der Stadt Wien to Yugoslavian trotter Senor after 3 three heats (where he was 2-1-2). He returned to his winning ways in Goldenes Pferd von Deutschland in Munich on July 9th, though. As he was preparing to travel back to Berlin by rail, the train station was bombed by allied forces and Iltis’ car was hit, thus ending his life only 5 years old. Since the allies kept excellent records it is easy to know what happened over the skies of Munich in 1944. From my findings, the allies dropped 8418 tons of bombs on Munich in July 1944 – and on July 12th 1124 US bombers attacked the city. The 8th USAAF carried out 7 daytime attacks including planned precision attacks on railway stations and armaments companies, including on the 11th, 12th and 13th of July. Clearly, the superstar-never-to-be was killed on the first day of the campaign on Munich.

Iltis was by Jay Lee, a son of J Malcolm Forbes (a son of Bingen) out of Manchette. Jay Lee was a very good stallion in Germany between the wars. The maternal family goes back to Fritzi, a Russian mare which was imported to Germany sometime around 1910 (her pedigree I cannot find so I don’t know if she’s Orlov). It is a relatively small maternal family whose best representative, other than Iltis, is probably the Danish Repay Merci. Had he only been born elsewhere, or a few years earlier or later, the whole trotting world might have known what Frömming knew but didn’t ever say outright, that Iltis was the best horse he ever sat behind.

Photo below: Iltis winning the 1st heat of the Matadoren-Rennen in 1943 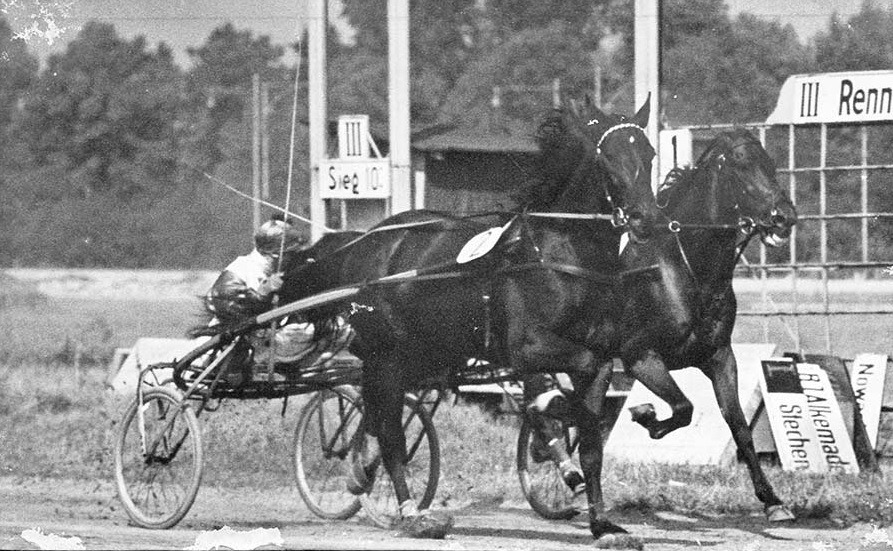