The best Italian trotter of the 20th century 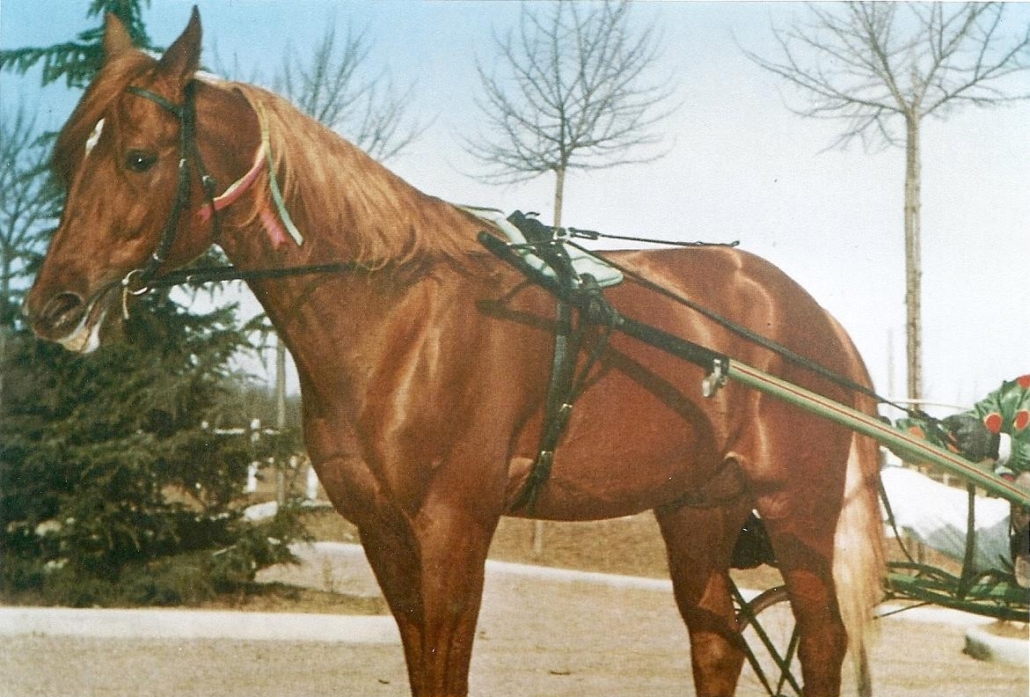 Though Varenne is universally regarded as the best Italian horse ever, Tornese is similarly regarded as the next in line. A stunningly beautiful horse known as the Flying Chestnut («il sauro volante»), he dominated Italian trotting in late 50s and early 60s – although he really had to work for it as another of the best Italian horses of all times, Crevalcore, was around at the same time.

Tornese was bred by Sebastiano Manzoni and born on July 13, 1952 in Prato Pagano in the Como province. Manzoni chose to name the foal Tornese after a silver coin used in the Kingdom of Naples in the middle ages. Tornese was initially stated to be by the French stallion Tabac Blond out of the Italian mare Balboa. The paternal question would eventually be contested in court, however, and today it is generally accepted that Tornese is sired by Pharaon, another French-born stallion. Though there was no DNA test back then the evidence is quite overwhelming. The first reason is that Tornese looks very similar to Pharaon, much more so than Tabac Blond. The second reason is that Pharaon was a good sire who also produced other stars (like Oriolo and Nievo) while Tabac Blond to be rude – though factually correct – hardly produced even trotters, much less any stars. Finally, and most compelling for the court case, was that Balboa had in fact been living together with Pharaon. The Italian mare Balboa had a wholly American pedigree and was sired by the US-born Prix d’Amerique-winner DeSota.
Originally trained by Mario Santi, Tornese was described as «sickly» as a youngster so he made his debut relatively late, in August 2, 1955 as a three-year-old. The chestnut colt won immediately, though, and went on to win 9 out of 15 additional starts that year. Having started his career comparatively late he did not race in any of the bigger races for three-year-olds, but at four he started going up against the better aged trotters. Already in November 1956 he firmly established himself in the elite by winning the Gran Premio Delle Nazioni ahead of Smaragd and Oriolo. The following spring Manzoni moved Tornese to another trainer, Sergio Brighenti.

In the care of Brighenti, Tornese immediately established himself as the supreme Italian trotter. In 1957, as a five-year-old, he won the Lotteria, Campionato Europeo and Gran Premio Freccia d’Europa, three of the biggest races in Italy. This year he was also introduced to his arch-nemesis, the one-year younger Crevalcore. When the latter won the Gran Premio Delle Nazioni in 1957, Brighenti is reputed to have yelled «we’ll meet again» in disappointment as he got off the sulky. Brighenti got his revenge on several occasions, including the 1958 Gran Premio Duomo when he won in 1.15,7/2:01.4f many lengths ahead of Crevalcore. This was a new race record which stood for an amazing 18 years. It also erased Crevalcore’s Italian record and also sat a new European record (erasing Jariolain’s) in the process. Tornese would win the Lotteria three times and was also second on two occasions. In the 1957 edition of the Lotteria he also beat Gelinotte, widely considered the best horse in Europe at the tide. Tornese also won the Campionato Europeo four times (and was second to Crevalcore twice), the Gran Premio Citta di Montecatini, Freccia d’Europa and Gaetano Turilli three times and in 6 starts in the Gran Premio Delle Nazioni he finished 2-3-1.
Tornese was one of those really well-travelled horses. He started numerous times in France, and twice won the Grand Criterium de Vitesse in Cagnes-sur-mer. However, the Prix d’Amerique was one race that eluded him. Tornese’s one weakness was that his hooves were a bit fragile and he stood no chance in the 1957 edition because the track was very hard because of ice. He also stood no chance in 1958 but that was Brighenti’s fault. His driving was later described as that of a «madman», rushing Tornese to the lead and keeping a high tempo which enabled winner Jamin to win in a new race record time. Brighenti later half-heartedly admitted his mistake. The result was a one-off as that year, 1958, turned out to be Tornese’s golden year as he was 27-2-0 in the remaining 30 starts. At that time the Italian Championship was comprised of 10 races with points handed out to the top horses in each race. But Tornese’s superiority was such that he won all 10 races!

Not long after a third-place finish in the 1959 Prix d’Amerique, owner Sebastiano Manzoni decided to move Tornese to Cencio Ossani. The horse, however, remembered Brighenti all too well. In a race in Milan this turned out to have a bizarre effect. Ossani reined Tornese while Brighenti for once drove his foe Crevalcore. With Tornese in the lead, Brighenti guided Crevalcore up on the outside to overtake in the final stretch – but when Brighenti called out at Crevalcore to urge him on, Tornese was the horse who actually responded and ended up winning! Later that year he was moved back to Brighenti. Remaining in his care, the Prix d’Amerique would continue to elude the Italian trotter as he finished second to Hairos II in 1960 and Masina in 1961.
Tornese also traveled across the Atlantic on several occasions. He finished second to Jamin in the inaugural International Trot in 1959 and fourth in the two following years. Even though he had failed to win he had surely impressed. In the fall of 1961 it was reported both in Italy and US newspapers that Tornese was on the verge of being sold to a US syndicate, but nothing materialized. The beautiful chestnut stallion called it quits after yet another impressive season in 1962 when he, at 10, went 12-3-5 in 25 starts.

When he retired Tornese could boast a 130-43-16 record in 221 starts and career earnings of 341 503 100 lire. His personal best was 1.15,7/2:01.4, which he trotted on three occasions, first in Florence and twice in Cagnes-sur-mer. But on February 20, 1960, at the Criterium International at Enghien, he trotted a lot faster. Battling with Jamin down the final stretch, Tornese was narrowing losing to his French rival when he broke just before the finishing line. Jamin won the race in 1.14,4 /1:59.4s (a new European record) and Tornese would probably have been given the same time had he not been disqualified.

Tornese was celebrated and official retired on January 13, 1963 when he was led through the streets of Milan by thousands of fans and honored like a worldly statesperson, the tour ending at the square in front of cathedral in Milan. Retiring to stud, Tornese showed huge promise as a stallion immediately. Unfortunately he would not live long enough to materialize on the promise as he died from colic on September 25, 1966 at the relatively tender age of 14.

Tornese was also voted the best Italian trotter of the 20th century in 2000. 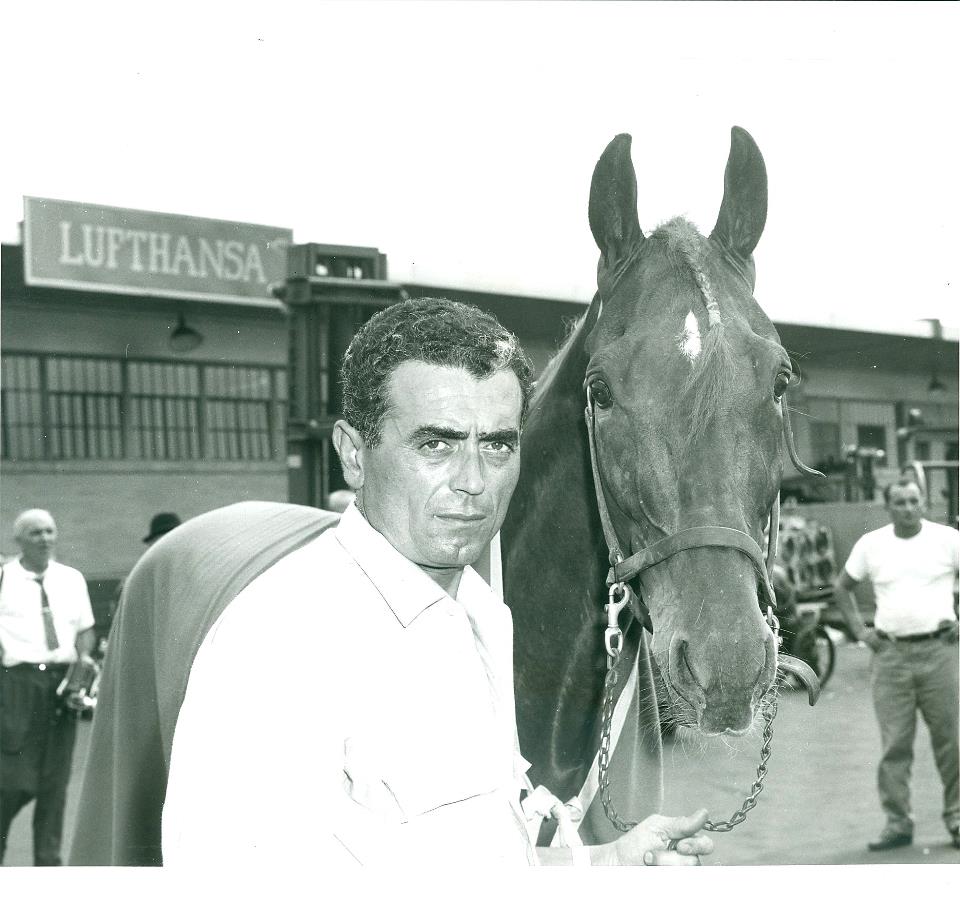 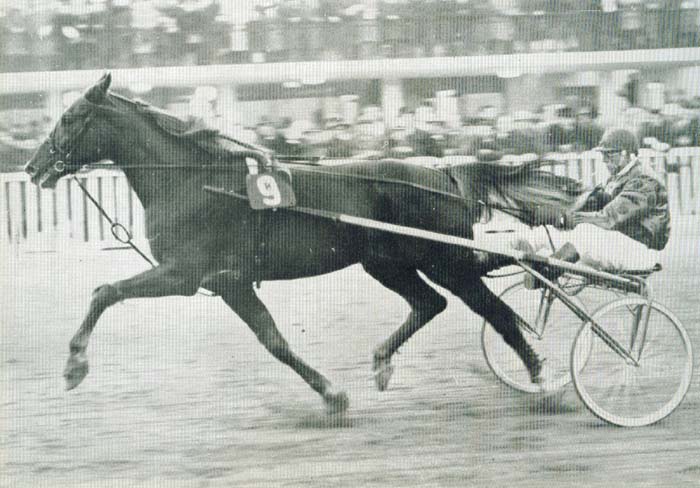 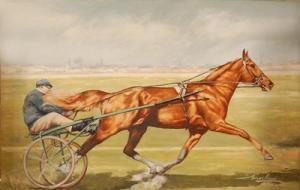