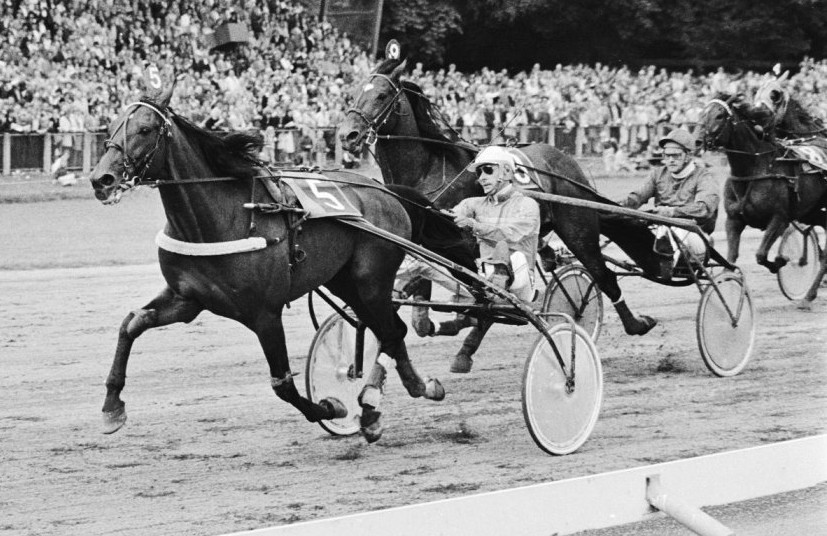 A good three-year-old, Pershing was considered one of the favorites ahead of the 1976 Hambletonian but finished 3-4-5 in the first three heats and «only» secured a sixth-place in one of the infamous editions of the race won by Steve Lobell ahead of Zoot Suit and Armbro Regina. Pershing didn’t win any of the big races but picked up wins in some of other races such as Reading Futurity, Tompkins Memorial and Horseman Futurity.

Berndt Lindstedt had noticed Pershing and really liked the type, a somewhat smaller and lighter type with natural, fluid gait and plenty of speed – not to mention that he thought a son of Nevele Pride would be perfect for Europe. He alerted stallion owner KG Bertmark about his possible availability and Bertmark responded positively to the idea. But when Lindstedt and Wallner inquired, it turned out that a group of Italian investors were already in contact with breeder and owner Joe Mendelson. The Italian group had secured right of first refusal, but luck was on Bertmark’s side, as the Italians pulled out when they learned that Pershing had picked up a suspensory injury.

Lindstedt believed the injury would heal, however. In the fall of 1976 Bertmark bought the horse for what has later been described as «a modest price». The injured horse was placed on a farm outside of Stockholm and given time in a big snow-filled paddock over the winter so his injury could heal for the upcoming stallion season. But in late winter, Lindstedt was amazed to see that the 4-year-old showed absolutely no sign of his injury and was in otherwise perfect condition. In fact, things looked so good it would be foolish not to see what he could do on the track. The stallion career was put on hold and Lindstedt and Wallner set their sights on returning the Nevele Pride-son to top race form. Despite it taking longer than they duo originally planned, and Lindstedt later praising Bertmark for his patience.

Pershing was, however, ready soon enough! In the summer and fall he was already starting to establish himself as one of the top aged trotters in Europe. But after winning in Hilversum, Netherlands in 1:14.2 (1:59.2), a new track record, the racing career almost came to an abrupt and dramatic end. According to Tomas Bertmark, former owner Joe Mendelson came – unannounced and totally out of the blue – into the winners’ circle and told the new owner that they had only acquired the stallion rights to Pershing, not the right to race him. Bewildered, Bertmark called Wallner who in turn immediately flew over from the US to negotiate. The potentially dramatic situation ended with Bertmark «buying» the horse again, the second purchase contract being agreed in a Hilversum hotel room … so in reality, in less than one year Bertmark bought Pershing twice! A week later Pershing got his first big win in the Elite-Rennen in Gelsenkirchen (Germany), defeating the French monster Bellino II, Granit (a very good son of Ayres and Roquepine) and Equileo. He won 13 of his 26 races in his European debut season in 1977, other major wins including the Preis der Besten in Germany and Gran Premio delle Nazioni in Italy.

1978 proved an even better year with 18 wins in 31 starts, even though he failed where it mattered the most to his Swedish owner and trainer. Pershing underlined his abilities in his Elitlopp elimination where he narrowly beat the French star Hadol du Vivier. Even more importantly, he won in a new world record time, 1.13,2/ 1:57.4f, erasing the former record set by his sire Nevele Pride. Lindstedt had selected post 1 in the final but as the field started accelerating, Pershing was struggling to stay on gait and soon enough broke. With Lindstedt and Pershing out of the picture, Hadol du Vivier and Jean-Rene Gougeon narrowly won ahead of four other horses. The best was yet to come, though. In 1979 he racked up 18 wins in 27 starts. The highlight was undoubtedly the Elitlopp win where they avenged the previous year’s loss with an easy two-lengths win. His other wins that year included Olympiatravet, Jubileumspokalen, Elite-Rennen, Campionato Europeo and Gran Premio delle Nazioni.

When he retired he was 55-20-15 in 115 starts. His career included wins in US, Sweden, Denmark, Germany, the Netherlands, Austria and Italy. A good reason for his success almost everywhere was that Pershing had both speed and strength. Moreover, he was not sensitive to go first over if necessary, though Lindstedt often preferred to sit further behind and play out his strong finish somewhere around the last turn. Pershing set world records in Copenhagen, Solvalla and Gelsenkirchen (Germany). Pershing entered stud in 1980 and was award «Elite stallion» status in Sweden because of his excellent production. His first crop contained the star Mack the Knife and he produced many stars, both in Scandinavia but also a few in France – most notably Blue Dream. His daughter Newmarket also did well in the US highlighted by a second-place in the 1986 Hambletonian Oaks. Despite being by Nevele Pride and with Bombs Away as a damdamsire, Pershing generally produced calm-tempered and balanced foals. 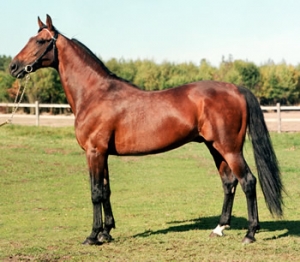 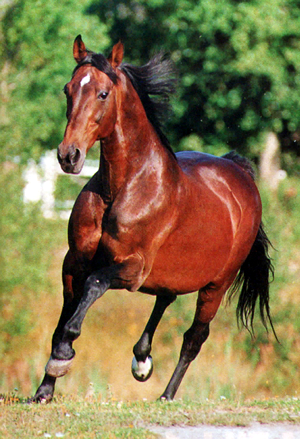