She was the first queen of French trotting and one of the best French trotters in history. Uranie, also known as the Flying Chestnut («alezane volante»), won the Prix d’Amerique three times but many who saw her claims that she would have won FIVE with some luck, or rather, the absence of bad luck. 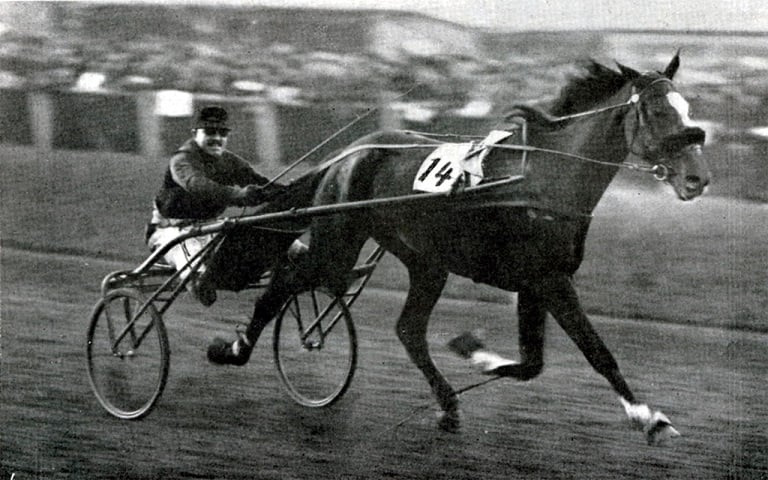 When, in mid- to late-1920s, Uranie raced at Vincennes no further advertisement or announcement was needed – all of sporting Paris came to see her race. Even people who would ordinarily never go to a racetrack, for little Uranie captured the affection and admiration of all who saw her.

Born in 1920 and bred by Joseph Denis, she was sold as a yearling for a meagre 5000 francs but resold within a year for 9000 francs to Pollet and Vanackere. Initially trained by Lucien Dufour, she won her debut on May 14, 1923 in Rouen, where she won easily and she would go on to win twice more that year, earning 48000 francs as a three-year-old But despite her obvious talent, Uranie had quite a nervous and temperamental disposition and in May 1924 Pollet sold his share to Vanackere who became sole owner. He put her in the training of Italian-born trainer Valentino Capovilla.

In the care of Capovilla, little Uranie, smaller and lighter in type than the average French trotter of the time, was so dominant it wasn’t even funny. Often starting with a 100 to 150 meter (90-135 yards) handicap, she often won anyway. Capovilla, a well-travelled trainer, was regularly in the US and felt Uranie was better than the best aged US trotters. Given that she was once timed in 1:59mr (1:14km) time up the then-more demanding uphill section of the Vincennes slope, he may just have had a point.

Uranie’s transformation from a talented filly to a superstar was a result of several key changes. Where Dufour had focused mainly on monte races, Capovilla switched focus to sulky races. Another key change was the Italian master’s decision to fit Uranie with lighter shoes. But the main focus was on Uranie’s diet as she was and Capovilla spent a while experimenting with various combinations and preparation of oats and additives to find the optimal mix.

She won all the big races in France, including the Prix d’Amerique three times, in 1926, 1927 and 1928. In the PdA back then you got a 25 meter handicap for each previous win in the race so in 1929 she started 75 meters behind the rest, but with the victory in sight she broke stride and crossed the finishing line second. Still, she was disqualified. In 1930 Uranie and crown princess Amazone B motored away from the pack, but Uranie had to settle for second, missing out on her fourth PdA win by a head (and remember she started 75 meters back). She also won races in Italy and Austria. In fact, Uranie won often in Italy, and she was the first French trotter to win the Campionato Europeo – the next one was Ideal Gazeau in 1980.

At 10, Uranie retired 47-8-4 in 76 starts with earnings of €187702 (in today’s money, so a millionaire back then). Her owner Vanackere used part of the earnings to buy several US-born trotters including the stallion The Great McKinney. Uranie excelled as a broodmare too, producing the famous brothers Kairos and Ogaden, both by The Great McKinney and both very good trotters. Kairos would go on to be one of the best stallions in French history, and is the sire of French trotting queen Gelinotte – not to mention the damsire of perhaps the best mare in French and world trotting – Roquepine. Ogaden was also a good stallion, and his sireline through Orlando Vici is alive and well in France and with several sons also standing stud in Scandinavia. 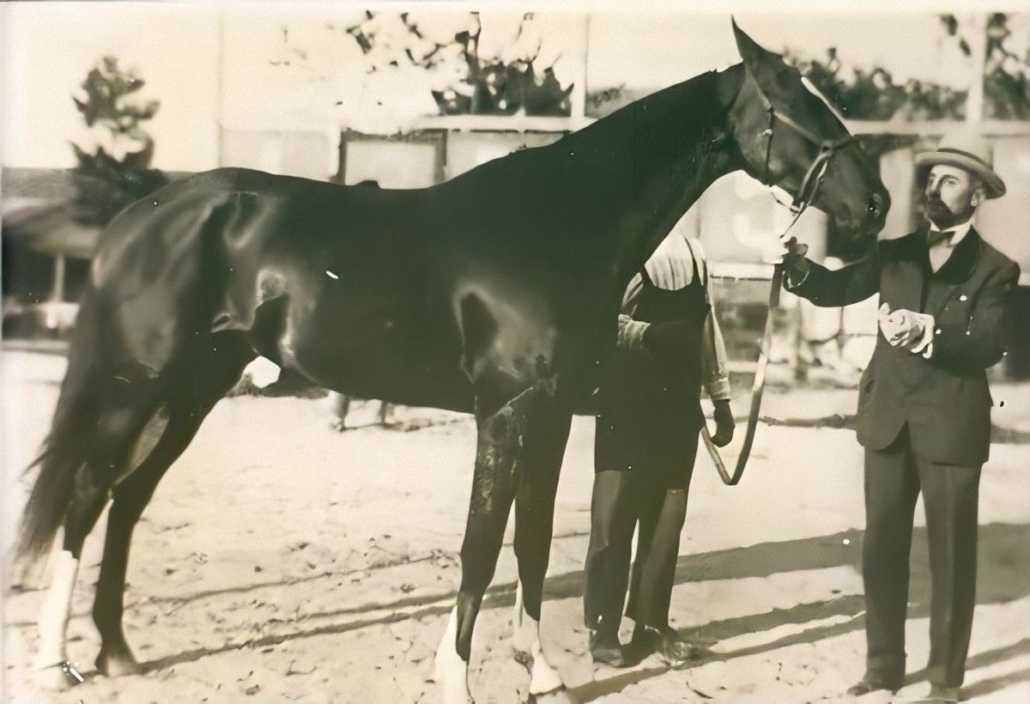